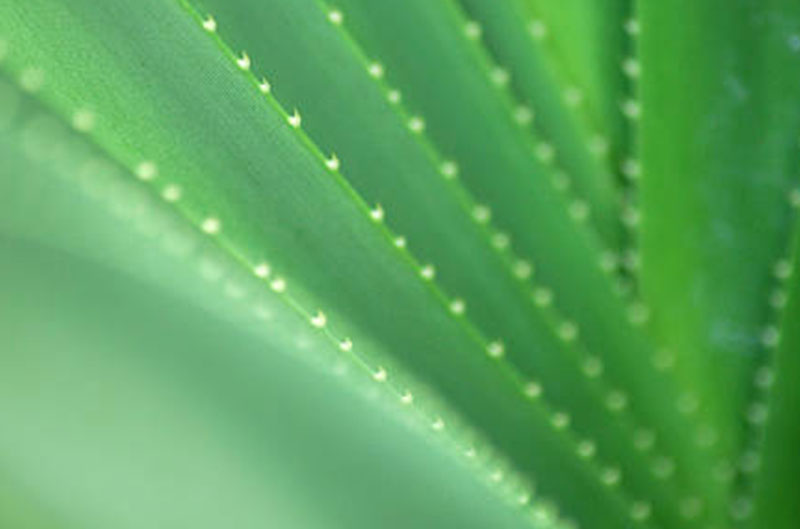 There is a new focus on high-tech plant research as buyers of beauty products become increasingly conscious of the environment. This trend comes as consumers are demanding more natural, renewable, cruelty-free, additive-free and cleaner cosmetics.

At the forefront of one response are scientists at TheGreenCell, Inc., a Maryland-based research lab, where they have developed a cosmetically powerful stem cell extract from aloe.

It’s an intriguing event. TheGreenCell scientists can now grow and genetically modify aloe stem cells in culture – aloe is notoriously difficult to work with – and keep them growing long-term while retaining properties unique to Aloe vera.

The studies, conducted by a leading dermatologist at a nationally known clinic, describe the product as “remarkable” and “superb”.   Special mention is made of the product’s impact on skin hydration and plumping.   It also counteracts the effects of inflammation and has been shown to have an anti-oxidant effect.  In lab tests TheGreenCell has shown that the product’s anti-oxidant effect protects DNA and the cell membrane from damage.

Studies also showed dramatic improvement in skin texture and feel, even after just one week of use.

Subjects in the clinical trials reported relief from existing skin itching and irritation and all subjects said their skin felt softer and more supple after using the stem cell extract.

Plant stem cells have become increasingly popular by combining the appeal of traditional plant use with the enhanced effectiveness of cell growth technology.

According to one research company, the market for plant stem cells is expected to grow at twice the overall cosmetic industry rate in the next four years.

Scientists claim the stem cells they use are selected to maximize their production of factors beneficial to skin cell health.

“They are grown under highly monitored and controlled conditions that ensure consistent and sustained expression of these factors, completely free of extraneous chemicals, pesticides or microbes that might interfere with or destroy the beneficial effects,” said TheGreenCell’s chief scientist Dr William Lowther.

Aloe has a worldwide image traditionally linked to health and beauty – Cleopatra was supposed to use it – and over 70 bioactive components of the plant have been identified and studied as responsible for its wide range of benefits. It has a reputation for wound healing, stimulation of collagen expression, skin penetrating properties, anti-inflammatory soothing effects and skin hydration.

A study published last year by Italian scientists (Plant Tissue Cultures as Sources of Ingredients for Skin Care Applications) points out that plants are the backbone of all life on Earth.  “Over the centuries, humans have developed a broad knowledge about plants, using them not only for food and shelter but also as a major source of natural products for medicine and cosmetics,” says the study.

It says that with the development of plant tissue culture techniques, remarkable progress towards the production of bioactive compounds on an industrial scale has been achieved.  In cosmetics – particularly skin care applications – plant tissue cultures represent “a valuable and promising source of active ingredients with a wide range of biological activities.”

The study reports that recent advances in plant cell biology and physiology have resulted in plant tissue cultures now being a valid option for producing “standardized, contaminant-free, bio-sustainable, active ingredients for cosmetics.” They also claim that many times, actually “they represent more versatile and powerful systems than whole plants to obtain different types of extracts with multiple specific activities for skin care”.

In the case of Aloe, an article published by the National Institutes of Health (NIH), argues that the traditional cultivation and processing of aloe plants in the field is challenging and results in the degradation of most – if not all – of their bioactivity.   In fact, that bioactivity has gone well before it finds its way into the myriad products that claim the plant’s beneficial effects.

As a result, Aloe vera is not even an active ingredient in many of the products that boast they contain it.

As we searched for information for writing this article, we were surprised to find that there was no mandated quality control standards for products containing aloe and only one voluntary certification, issued by the International Aloe Science Council (IASC).

Unfortunately, the certification only guarantees minimal levels of detectable Acemannan, an acetylated polysaccharide responsible for much of the wound healing and moisturizing properties unique to Aloe vera.

As if that wasn’t concerning enough, even after certification is achieved, the IASC does not require any monitoring after the initial certification to guarantee consistency.

Dr Lowther claims that through a rigorous selection and optimization process – as well as the development of proprietary methods to culture, isolate and grow aloe stem cells – TheGreenCell has developed a novel way to deliver the cosmetic and health benefits of aloe as a stem cell extract that is far superior to anything available in the market.

He says: “Our cells come from wild aloes grown in the Dominican Republic which has a climate and soil in which the aloe plant thrives.

“The wild varieties chosen are larger and sturdier than their cultivated relatives.   We carefully selected cell lines that express highly active levels of the aloe compound Acemannan and optimized the ideal culture conditions for their growth and enhanced bioactivity.”

Dr Lowther added that TheGreenCell developed proprietary methods to isolate these stem cells, upscale their growth at commercial levels and produce a cellular extract that truly delivers aloe’s beneficial properties as an easy to use and highly effective raw ingredient.

“Our cells are grown in a controlled, sterile lab environment and collected and prepared under a gentle process that does not involve cutting, heating or crushing, thus protecting the integrity of all the desirable compounds in our stem cells,” he says.

Traditional commercial aloe ingredients come from the gel of a wide range of individual plants with different characteristics, grown in different soils and climates, subjected to seasonal variations and degraded by the way they are cultivated and processed.

By way of contrast, TheGreenCell says its stem cell extract comes from a single clone of a powerful stem cell carefully selected for its most desirable qualities and grown under optimized conditions.

“Our aloe stem cell extract is a sustainable and consistent source of the skin benefits of aloe,” says another TheGreenCell executive.

The aloe stem cell extract has been developed into TheGreenCell’s first product All in One™ which according to clinical trials has an impressive biological activity and a profound effect on improving challenging skin conditions.

“It is a technically sophisticated, highly differentiated and cosmetically powerful stem cell extract specifically designed to enhance skin health – a superb cosmetic ingredient in a category of its own that truly harnesses Aloe’s potential,” says TheGreenCell.

With its lab based in Gaithersburg, Maryland, TheGreenCell says its products and technology platform also has a wide range of potential applications in the medical and pharmaceutical industries.

TheGreenCell began its plant stem cell experiments in 2009 under a special contract with the University of Maryland Biotechnology Institute.   Later, the company established an ongoing Collaborative Research and Development Agreement (CRADA) with the United States Department of Agriculture (USDA).    Following the launch of All in One™, TheGreenCell set-up and moved into its own stand-alone, commercial lab space.

SKIN HEALTH DURING THE COVID-19 PANDEMIC

TAKE YOUR HAIR CARE TREATMENTS TO THE NEXT LEVEL